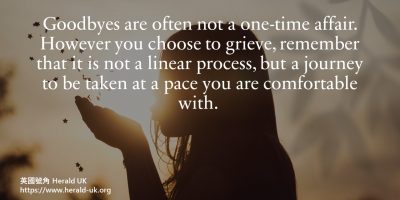 How Do You Say Your Goodbyes? 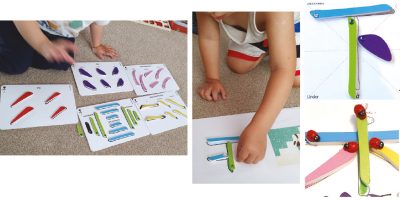 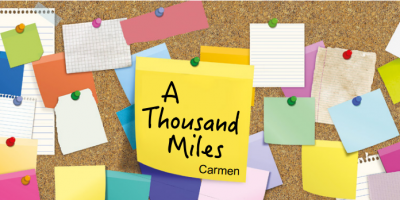 If you really want to make progress in anything, you’ve got to understand the difference between the method and the final destination. A large majority of conflicts and arguments at home, in the workplace, in the Church isn’t because they’re not aligned on the mission (although of course in some cases that is the case). Most of the time it’s because they’re stuck in the methods and their particular way of achieving the said mission.

I’ve heard arguments about what kind of refreshments to serve after church service, where to put up posters in the shop, and which supplier to use for printer ink. In the right context, they’re important topics, but it’s the weight and level of attention given to these topics that take its way out of hand.

There is a place for presenting, reasoning, discussing and then sign-off. There’s no need to invest a disproportionate amount of emotional energy into the situation. Don’t make a mountain out of a molehill.

Our tendency to tie our emotions over small points wears us down over time. It compounds into bigger levels of stress that we then struggle to manage. It affects our mental and physical well-being. To the point where it’s difficult to point to a root cause, mainly because there isn’t one.

It was an accumulation of small things that grew over time, each one chipping away at our resilience and energy until we’re running on fumes. So why are you, me and others so inflexible? In a word… control.

Being in control of a situation is a commended trait. Depending on the motive. Providing clarity, being assertive and using authority can be what gets you noticed in a good way. It could be what makes you attractive to potential partners, or what gets you that job or promotion.

But when we try and control a situation out of a need to ground ourselves, we lose valuable perspective. We’re no longer after the best solution, we’re chasing a feeling of personal security, a feeling of being in control. We become unable to see clearly through the fog of wanting to get our own way. We become unaware of why having red instead of blue chairs, or why putting the bins out the night before instead of in the morning matters so much. We get upset, but we still think we’re after the same thing and on the same mission as the person we’re arguing with, when actually our agenda is to regain some sense of control.

Hopefully, you’re still tracking with me here. There’s a level of self-awareness required to follow where I’m going with this. Let’s cover how to spot this in ourselves (and others), and what we can do about it.

First, pay attention to the micro-reactions in your body. A sudden change in your physical state. It could be heat in your hands or face. A quickening or break in your rate of breathing. A sense of a jolt inside your body that isn’t noticeable to anyone but you. Something’s suddenly triggered you.

This can literally happen in an instant. So no wonder it easily flies under the radar. We don’t even notice the changes in our physiology, and we carry on thinking we’re still after the same thing as everyone else in the room when we’re not. We’re now out to seize control. It’s become personal.

You can develop your observational skills to spot this in others too. A change in their face, a micro-expression of frustration, disgust, shock, combined with redness. A quickness of breath, a change in tone. When you notice this, my advice is to stop talking about the thing, and start trying to bring out the actual issue. Do this calmly and kindly, or you’ll end up adding fuel to the already simmering fire!

So back to you. There’s really no shortcut to knowing yourself better. It requires time. You are to intentionally taking the time to pause and reflect on your behaviour. It’s almost impossible to catch yourself in the moment simply because you’re already triggered and behaving on autopilot. Our years of learnt self-protective responses kick in. Even though we think we’re still being objective and looking outward, and might even protest that we are, we’ve lost perspective.

It’s simple. But it’s not easy. Take the time to ask yourself why that thing was so important to you. Really dig deep. Uncover something new that you didn’t realise about yourself. Ask someone you trust what they notice about you in certain situations. If you have a relationship with God, ask Him to bring to light your hidden thoughts and desires. This is how we break out of the loop and patterns that control us and prevent us from living freely.

How Do You Say Your Goodbyes?