What You Think About Yourself Matters 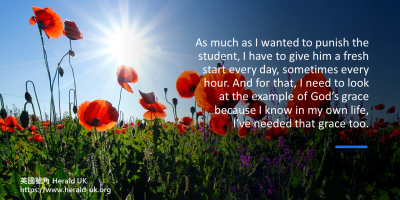 The Grace of God 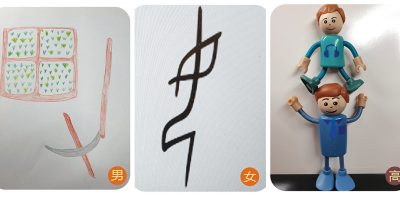 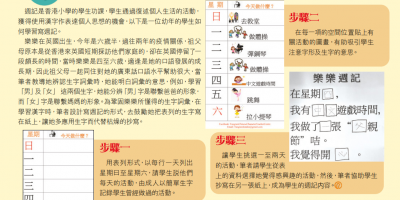 Many of us in the Chinese culture view self-confidence as a “sin” and humility as a virtue. Think about a huge family gathering at Chinese New Year when you were younger. An aunty comments on how good you are doing at school. Immediately your mum swoops in and says, “No, don’t praise her! She is not as good as you think she is. In fact, she is very lazy and I tell her off all the time.” Does that scenario sound at all familiar? Fast forward to a situation now where a colleague pays you a compliment about how organised and efficient you are. Your immediate instinct would be to deny it by saying something like, “What are you talking about? I am so slow!”

Why do we find it so hard to accept a compliment? Aside from the fact it is almost second nature to want to appear ‘humble’, could it be that something within us makes us believe we are not worthy of these compliments?

Social psychologists call this false way of thinking “cognitive bias”. These lies are so hardwired into our brains due to our upbringing and past experiences. Even when we are presented with contrary evidence or a compliment from someone that suggests otherwise, we are unable to accept the truth.

I have a good friend who has a successful but busy career. She found work extremely stressful, and this resulted in her developing a habit of binge eating. She would order excessive amounts of takeaway at least three times a week and finish it all in one sitting. It started out as a way of winding down from work. She told herself she deserved a treat after a hard day’s work. At times she became so full from the meal that she had to vomit to make herself feel better. Before she knew it, this had become an unhealthy coping strategy for her, and she had put on so much weight that it started affecting her self-esteem. She would look in the mirror and start shaming her own body. She felt horrible about her habit and how it made her feel about herself, yet could not stop as it was the only thing that provided comfort. She did not believe she could break out of this habit that had turned into a vicious cycle.

Don’t worry – this story takes a good turn! My friend is a Christian and on her faith journey, she learnt about declaring God’s truth over her life and finding her true identity in Jesus. These are a few passages in the Bible she holds onto and declares every day.

“Charm is deceptive, and beauty is fleeting; but a woman who fears the Lord is to be praised.” Proverbs 31:30

“For we are God’s masterpiece. He has created us anew in Christ Jesus, so we can do the good things he planned for us long ago.” Ephesians 2:10

“For you created my inmost being; you knit me together in my mother’s womb. I praise you because I am fearfully and wonderfully made; your works are wonderful, I know that full well.” Psalm 139:13-14

As a result of replacing the lies she believed about herself for God’s truth, she felt capable of change. Today, she has made a 360 transformation to her life. She now eats healthier, has a regular routine to stay active and most importantly, she no longer lives under the shame she used to. She no longer holds onto unhealthy eating habits as a way of coping. She has found confidence in who she is and regained control over her life.

Next time you catch yourself having thoughts along the lines of, “I am not good enough”, stop yourself and examine what is true and what is cognitive bias. Next time a friend pays you a compliment, instead of automatically denying it, why not try, “Thank you, I really appreciate it!”

Learn to be gentle with yourself. You would never tell a friend who is struggling that they are worthless or not good enough. You deserve the same level of compassion for yourself.

Quoting Craig Groeschel in the book Winning The War In Your Mind , “You cannot change what you do not confront. If you ignore the battle, you lose the battle.”

The Grace of God